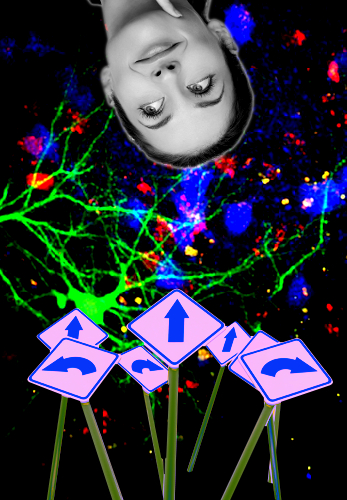 Neuroscientists say they have spotted the difference between imagination and reality in the human brain.

The exciting study has shown that as real as a daydream may seem - its path through the brain runs in the opposite direction to reality.

Researchers at the University of Wisconsin have been looking for discrete neural circuits, the very fine points of the wiring in the brain.

A team recently tracked electrical activity in the brains of people who either imagined scenes or watched videos.

“We know that the brain does not function as a set of independent areas, but as a network of specialised areas that collaborate,” says professor of electrical and computer engineering, Dr Barry Van Veen.

“A really important problem in brain research is understanding how different parts of the brain are functionally connected. What areas are interacting? What is the direction of communication?”

He said the work could lead to the development of new tools to help untangle what happens in the brain during sleep and dreaming, while Van Veen also hopes to apply the study's new methods to understand how the brain uses networks to encode short-term memory.

It appears that during imagination there is an increase in the flow of information from the parietal lobe of the brain to the occipital lobe – blood moves from a higher-order region that combines inputs from several of the senses, out to a lower-order region.

But visual information taken in by the eyes tends to flow from the occipital lobe - which makes up much of the brain's visual cortex – and then ‘up’ to the parietal lobe.

“There seems to be a lot in our brains and animal brains that is directional, that neural signals move in a particular direction, then stop, and start somewhere else,” Dr Van Veen says.

“I think this is really a new theme that had not been explored.”

The researchers used complex electroencephalography (EEG) to discriminate between different parts of the brain's network.

The cut through all the neural noise and zero in on a set of target circuits, the researchers asked their subjects to watch short video clips before trying to replay the action from memory in their heads.

Others were asked to imagine travelling on a magic bicycle - focusing on the details of shapes, colours and textures - before watching a short video of silent nature scenes.

Using an algorithm Van Veen developed to parse the detailed EEG data, the researchers were able to compile strong evidence of the directional flow of information.

The study is published in NeuroImage.