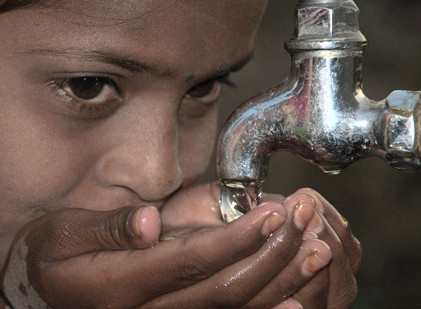 Diarrhoea still kills almost half a million children under 5 years old each year worldwide, despite the death toll being reduced by a third between 2005-2015.

A new Global Burden of Disease study published in The Lancet Infectious Diseases journal finds that diarrhoea is the fourth leading cause of death for children and responsible for 8.6 per cent of all deaths of children aged under 5.

Forty-two per cent of these deaths occur in India and Nigeria alone.

“Despite some promising reductions in mortality, the devastating impact of these diseases cannot be overlooked. Immediate and sustained actions must be taken to help low-income countries address this problem by increasing healthcare access and the use of oral rehydration solutions.”

The study estimates that, in 2015, there were 2.39 billion episodes of diarrhoeal disease globally, with 957.5 million of these being in children.

Chad and Niger had the highest child mortality rates for diarrhoeal disease, with 594 and 485 deaths per 100,000 children each year, respectively.

Diarrhoeal diseases are most common in low-income countries with poor access to clean water, sanitation, and urgent medical care, but are also a frequent cause of hospitalisation in high-income countries – making diarrhoea an important health problem globally.

Globally, unsafe water and sanitation were still the leading risk factors for diarrhoea in 2015. However, better access to clean water, improved sanitation, and fewer cases of malnutrition are likely to be responsible for the reductions in mortality rates for children under 5.