CSIRO science farm could be sold 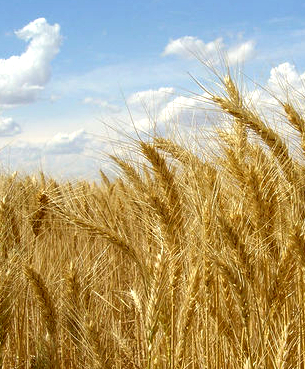 Australia’s leading science body is looking for ways to better utilise the land, and has requested that the National Capital Authority (NCA) reclassify the land as an ‘urban area’.

The 701-hectare Ginninderra site is used for cropping trials, but has been fenced-in by residential properties.

“We haven't completely made a decision at this stage,” CSIRO Business and Infrastructure general manager Mark Wallis told ABC reporters.

“We continually review our property holdings to align with our organisational priorities ... so we have been looking at our portfolio for a number of years, and this site has regularly been assessed as an opportunity for the CSIRO.

“The money that would be used from this site if we went to a further opportunity would be reinvested in our sites not only here in the ACT but also nationally.”

Mr Wallis said of the land was freed-up; it could be a huge opportunity for development.

“There have been repeated reports in the media on land supply, and we see this as an opportunity,” he said.

“It is a prime site for the development of housing, and as such we would applaud their move,” he said.

Mr Bell said he hoped the site would be approved by the NCA quickly, but that the NCA could take some time to consider its decision.

“I would think it should meet all the statutory timeframes that would be necessary for it and it wouldn't have too many delays, but even so it’ll take some time,” he said.

Chief Minister Andrew Barr said good things could be done with the site, but they would need to pass through robust planning processes led by the National Capital Authority.

“Appropriate sequencing of development if it were to occur impacts on existing residents in surrounding areas and infrastructure upgrades that would be necessary,” he said.

“This process has got a long way to go in that nothing is going to happen quickly.”

Minister Barr said there were some major development projects underway already in Canberra, which would stop the Ginninderra site from taking priority.

“We have major estates being developed in the Molonglo Valley, West Belconnen, at Riverview and the balance of Gungahlin to develop, together with significant urban infill occurring within the CBD, along the Northbourne Avenue corridor and in our town centres.

“In the short term, there's no shortage of available development opportunities, but longer term for Canberra it is a reality that in the next couple of decades we will run out of greenfield land to develop.”