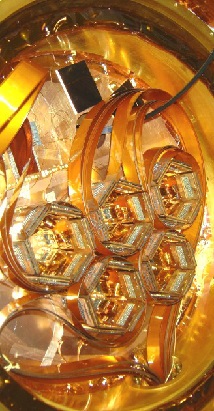 A much-hypothesised material will soon be closer to researchers’ grasp, with engineers embarking on a build to make dark matter in the lab.

The DarkLight project has been launched by MIT, which will use a particle accelerator to create tiny fragments of dark matter – a material which scientists are pretty sure makes up much of universe, but no-one has ever seen.

The DarkLight machine is set to prove the existence of the substance, and hopefully generate enough of it to be used in further experiments. Dark matter could be integral to an updated view of the universe and its mechanisms.

As the current theory stands, around 27% of the universe is made of dark matter, and just 5% of the universe is comprised of ordinary matter. Dark energy probably makes up the remaining 68%. None of this has been proven, but it is considered the most likely situation.

The DarkLight experiment is set to solidify our knowledge of dark matter, how it interacts with other matter and therefore, how the universe fundamentally works.

DarkLight will use a particle accelerator to bombard an oxygen target with a one-megawatt stream of electrons. It is hoped that this hugely powerful beam of electrons will hit the target and create one of the theorised forms of dark matter. The dark matter, if it is created, will then immediately decay into two other particles which can be fairly easily detected.

If the MIT researchers can pinpoint dark matter and assess its true nature, it would lead to a monumental change in our understanding of the universe.

There are however, several years of smashing electrons and picking through the remains before a definitive result will be found.