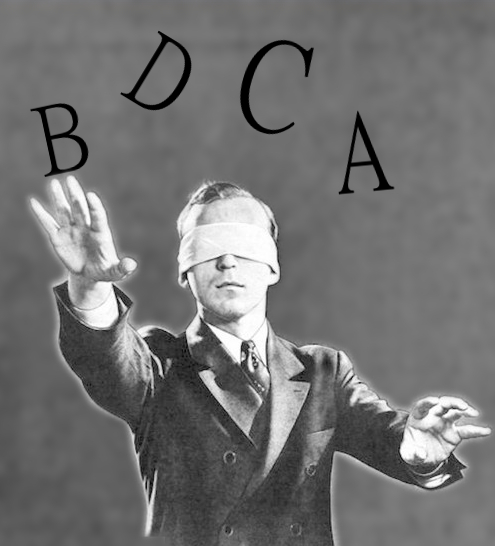 Central Queensland University is preventing students from passing based on sheer accident, becoming the first to abolish multiple-choice exams.

CQU ­­­pro vice-chancellor Rob Reed says quite simply, multiple-choice allows students to guess what they have not learned.

“There are no circumstances, apart from a game show, when you make a decision in life based on being presented with four or five alternatives,” he told News Corp reporters.

“If you’re going to become an engineer, a nurse, a medic or whatever, you have to form the answer within your own mind.”

Multiple-choice arose in US Military institutions after the First World War, which were looking for a money-­conscious way to test and collate results.

“Once staff have set multiple choice questions and specified the answer, it’s all machine marked - it’s very quick and efficient.”

But Professor Reed concedes that the move will not be popular with students.

“Sometimes there’s more to life than being popular with students,” said Professor Reed.

Short written answers - often just one word - will replace of multiple-choice in exams when the new CQU term starts.

The move does away with what is considered an ethically-dubious aspect of multiple-choice, where lecturers often include wrong ­answers that are close to correct.

This is designed to filter out students who do not know the real answer, but can also mean a mark of zero for a student who does know part of the actual answer.

CQU will continue to use multiple choice quizzes online, but says this will only be for students to check their progress.