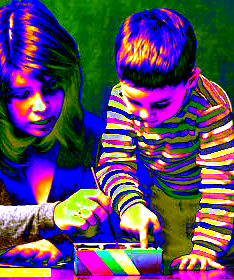 A royal commission in Sydney has heard people with disabilities are seen as broken and in need of fixing by the medical profession.

The commission has heard from several people with cognitive disability as well as parents, medical practitioners, experts, advocacy groups and government representatives.

Mr Sackville said there is evidence of neglect or abuse within the health system for those with cognitive disability which are “as disturbing as they are profound”.

“They should shock the conscience of all Australians.”

Rebecca Kelly, whose eight-year-old son has complex medical needs including Down syndrome, testified that people with disability are seen as “in some way broken”, and given treatments to be made “as normal as possible”.

“If you think that person's life is a tragedy and that they suffer from this condition then you start to believe that it's an act of kindness or that it's a responsible act to do all you can to prevent that birth, and that becomes quite coercive.”

She said the same medical model can define the type of care that a child receives throughout life.

“If you have a doctor [who] thinks that possibly your life's going to be a little bit better if your child doesn't make it because they're taking that burden away from you, that has horrible implications for the level of care that you don't get,” Dr Kelly said.

“That child isn't going to be valued in the same way that another child [would be].”

Dr Kelly said fundamental change is needed in doctor training to remove the idea that age or disability devalues humanity.

Ms Oslington said she often felt like withholding information from her mental health team for fear of being forced into unwanted treatment.

Ms Oslington said she had been restrained, put in a seclusion room and given injections after becoming distressed and trying to self-harm while in hospital.

Even though she withdrew consent for electro-convulsive therapy, Ms Oslington said she received dozens of treatments against her will, which did not help alleviate her mental illness.

“Everybody deserves good mental health care - that means care that addresses the practical, physical, social and psychological aspects of illness, rather than focusing only on medication,” she said.

“Nobody should need to be scared of mental health services.”