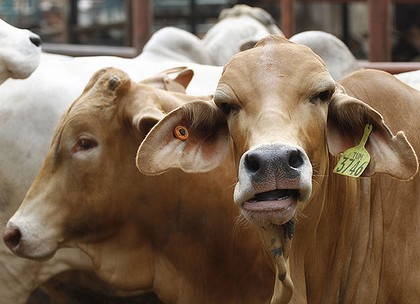 A Corruption and Crime Commission (CCC) has revealed “serious misconduct” by a Murdoch University livestock manager.

Murdoch University runs four farms that records from 2020 show had a total revenue of less than $265,000.

Mr Thomas was responsible for the operational and financial management of the farms and their livestock.

It found Mr Thomas had changed ownership records of cattle owned by Murdoch University to indicate that the cattle were owned by another party, before changing the records back.

“As an example, he might loan out a bull to a breeder, transfer the bull's name into the breeder, and then afterwards, when the bull was returned, transfer it back,” Mr McKechnie said.

“It extended over many, many years, and for his personal benefit as well. It was quite deliberate.”

Mr McKechnie said Mr Thomas gained acclaim through his misconduct, as well as some financial benefit.

“He would exhibit cattle at the Royal Show that were in fact Murdoch cattle but claim them to be his,” the commissioner said.

“He regularly won the prize for Illawarra cattle that he wrongly asserted were his, but were in fact the Murdoch University cattle, so Murdoch missed out on any acclaim that there might've been.”

“There's no doubt that he is passionate about farming and passionate about cattle, and probably that passion has led him to make decisions which were wrong, and which disadvantaged Murdoch,” he said.

But regardless of the acclaim or financial benefit, the serious breach of biosecurity was the CCC’s principal concern.

Mr McKechnie said the CCC believes that the university's lack of leadership and governance contributed to the misconduct.

“To their credit, once this became known, Murdoch got in consultants and are working with those consultants to put in proper governance and processes.”

“The university does not agree that a ‘breeding ground for misconduct’ was created,” Professor Deeks said in a statement.

“Rather, this appears to be a situation where a trusted employee did not act with the levels of integrity and professionalism expected of him.”

The university has reportedly begun a disciplinary process to deal with the matters identified in the CCC report.