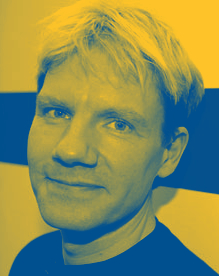 The University of Western Australia’s latest posting has caused some serious stirrings.

Questions are being asked about the decision to open a centre to promote the work of Bjorn Lomborg, who has been appointed ‘adjunct professor’ of the new climate policy hub; the Australian Consensus Centre at UWA.

The university itself has been criticised for bringing in a man who uses unfounded scientific belief to produce economic modelling to downplay the importance of climate change.

But it appears that Dr Lomborg was the Federal Government’s choice, and possibly even a Captain’s Call.

“[The Government] said: ‘Would the university be interested in considering setting up a centre to study long-term development goals both global and Australia?’”

The Federal Government has confirmed its commitment of $4 million to set up the Australian Consensus Centre, which it says is just a third of the cost, but Dr Johnson has told reporters that so far all the money for the centre had come from the Government.

Fairfax Media says it has confirmed that the idea to bring in Dr Lomborg was conceived in the Prime Minister's Office, a decision driven personally by Prime Minister Tony Abbott and chief of staff Peta Credlin.

Mr Abbott’s book ‘Battlelines’ specifically refers to Dr Lomborg’s view, in order to back up the PM’s own belief that Australia cannot afford to act against climate change if it is going to “clobber the economy”.

“It doesn’t make sense … to impose certain and substantial costs on the economy now in order to avoid unknown and perhaps even benign changes in the future,” Mr Abbott wrote in Battlelines.

“As Bjorn Lomborg has said: ‘…a narrow focus on reducing carbon emissions could leave future generations with major costs, without major cuts to temperatures’.”

Greg Hunt says Lomborg’s “modelling” formed the centrepiece for the Coalition’s Direct Action policy, and in 2014, Lomborg briefed Andrew Robb on how “trade can eliminate poverty”.

In recent weeks Dr Lomborg was invited by Foreign Minister Julie Bishop to take on a role as an adviser on aid development.

Dr Lomborg’s views and methods are so heavily questionable, that they are even the subject of their own book - The Lomborg Deception - which focuses on the flaws in Lomborg’s books The Skeptical Environmentalist (2001) and Cool It (2007).

Monash University’s Dr David Holmes sums up the blatant politicism of the posting in an article for The Conversation.

“The real travesty of funding Lomborg’s newest franchise is that it comes from the same government that defunded the Climate Commission,” Holmes writes.

“This was composed of Australia’s best climate scientists, economists and energy experts, with an operating cost of A$1.5 million per year.

“This, more than even the most horrendous of storms, really exposes the parlous state of the Abbott government’s desertion of future generations.”

Quite simply, Dr Lomborg appears to have been brought to Australia to provide a voice on climate policy that is in keeping the conservative economic views of the Federal Government, and will serve only to muddy the need for action with half-science, biased discourse and subversion of fact.