Bull semen on the block 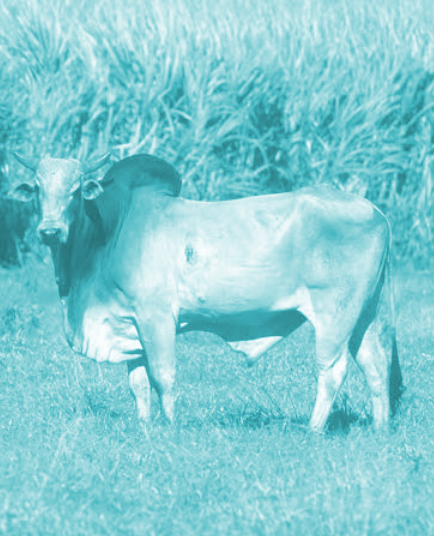 CSIRO is auctioning its historic collection of bull semen.

Genetic material from a range of rare cattle breeds, including one named after a former CSIRO site, will offer breeding societies and producers a chance to bring back some of the older breeds whose genetic stock no longer readily available.

Advances in science mean CSIRO no longer needs animals to be bred to be studied. Now, these studies can take place at the genetic level.

Since the completion of the cattle genome sequence in 2009, research into selective breeding and improving cattle herd genetics has moved into the digital age with observational studies, statistical imputation and machine learning replacing the much slower and more expensive traditional methods.

“CSIRO was the first in Australia to blend multiple British and African-sourced cattle breeds to create ‘tropical composite’ cattle that were more heat tolerant and tick resistant and therefore better suited to our climates,” Dr Lehnert said.

“With the new genetics we were instrumental in helping the livestock industry improve and diversify the genetic quality of the national herd.

“CSIRO works closely with rural communities to build drought resilience, but in addition to our scientific innovation we also wanted to do something to help out charities supporting people on the land during this tough time.”

In addition to the Belmont Red, there is semen on offer at the auction from Tuli, Brahman, Adaptaur, Red Angus, Afrikaner, Simbrah, Charbray and other breeds.

“We can't guarantee that the semen is still viable after all this time and unfortunately we have no genetic information on the bulls,” Dr Lehnert said.

Nearly 5,000 ‘straws’ of semen are on offer. Breeding societies and cattle farmers can visit Auctions Plus to check lots and place bids. The auction is open 27-29 November 2019.

The funds raised will go to charities that help rural communities.

Beef Breeding Services, where the semen has been stored for several decades, the online livestock auction house, Auctions Plus, and SBB/GDL, the participating livestock agent, are all donating their services to help as much of the funds raised get to charity as possible.