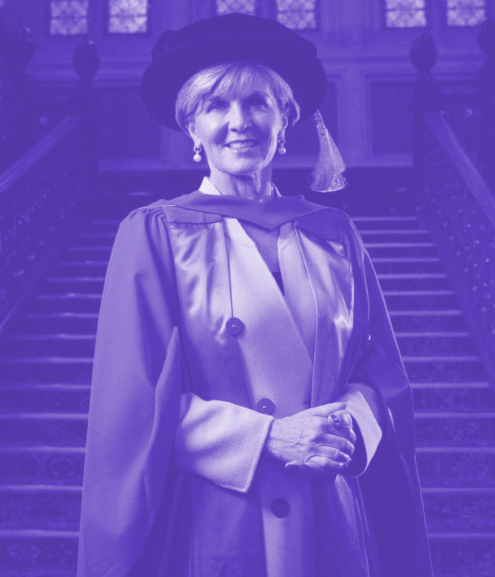 Ms Bishop will replace another former foreign minister, Gareth Evans, when she commences the role in 2020.

Ms Bishop says she is looking forward to helping lead the university.

“It is a great honour to take up the role of chancellor of [the] Australian National University,” she said.

“ANU's strong links globally, and in our region, make it one of Australia's most important institutions, and I look forward to working with it as we continue to support and further our national interest.”

The ANU role is the latest in several new appointments Ms Bishop has taken on after retiring from politics, including a controversial position on the board of Palladium – a company that receives millions of dollars due to the government's privatisation of foreign aid spending.

She will also receive an enormous parliamentary pension while continue to work her new high-paid jobs.

As chancellor she will oversee the university's council and high-level operations, and be on hand to confer degrees.

“In Julie, I know we will have a compelling and effective advocate for our university, including with the Australian Government,” she said.

“Between now and January when Julie's term commences, we will also have opportunities to farewell our current chancellor, Gareth Evans.

“Gareth has served ANU for nearly a decade with incredible energy and intellect, always being a source of great encouragement.”