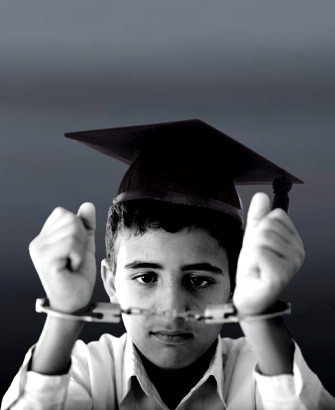 Despite a parliamentary committee recommending the powers be limited, the new bill could see unprecedented powers of exclusion given to public school principals.

The Education and Other Legislation Amendment Bill will allow principals to request students' history and current charges, even before they have been to court, and suspend or expel them if the charges are deemed serious enough.

The Queensland Law Society has questioned the move, arguing that students could be punished before being found guilty.

“This is a measured, common-sense amendment that is intended to ensure that school principals have the facts to make the right decisions for all members of the school community,” he said.

“This is an amendment that relates to serious offences and protecting the best interests of students and staff.

“Murder, attempted murder, rape and arson - these are the sorts of offences that this amendment contemplates.”

The bill has bipartisan support, but Labor MP for Stafford Dr Anthony Lynham said the opposition took the Law Society’s concerns seriously, and that powers should be used “sparingly indeed”

“The most appropriate way to determine if a child charged with a criminal offence is a danger to others is through the youth justice system which already exists,” he said.

“That system should consider these factors when deciding whether it is appropriate for a child to be released on bail.

“If this system is working properly then it should be rare indeed that principals need to consider whether to suspend or exclude a student who is on charges,” he said.

The new laws also seek to allow the Department of Education, Training and Employment director-general to ban people from school campuses for up to a year, without application to the Queensland Civil and Administrative Tribunal in cases of physical or verbal abuse, threats or acts of harm to persons, damage to property, or disruption to school operations.