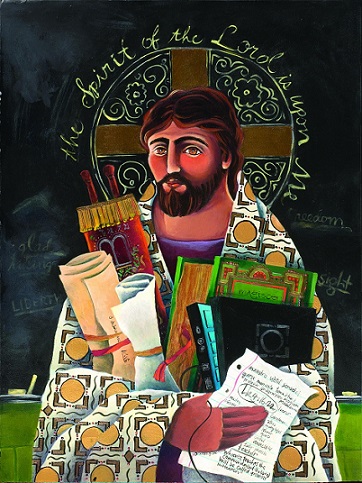 A prominent Christian education figure has spoken against the school chaplaincy program, saying obesity and psychological wellness are more important issues for the money.

The head of Sydney's Anglican Education Commission has argued public schools have bigger things to deal with than the chaplaincy program can cover.

The Commission’s executive director, Bryan Cowling, say the National School Chaplaincy Program is untested and there is no evidence of its efficacy.

The Federal Government will be re-jigging its National School Chaplaincy Program this week, after a High Court ruling that the Commonwealth could not fund it in the way that it had been

Dr Cowling says public schools should replace any scripture classes with a “world view and ethics” class, which would provide students with a “broad exposure” to global religions and points of view.

Strong speculation suggests that the Federal Government will change its funding model for the chaplaincy program into an annual grant contingent on funds being used for such a scheme.

But Dr Cowling questions the strictly religious funding, asking if it is the most important.

“As far as I know, there isn't any evidence-based research that would provide a reputable basis for the state to take the chaplaincy program over in present form,” Dr Cowling said in an interview for the Sydney Morning Herald.

“We have to ask the question, what is the highest priority for schools, and I think many would say such things as wellness, obesity, positive psychology.”

He said it would be a challenge to “unravel” the existing program.

The recent High Court ruling has left states in limbo, as the Federal Government has chosen not to try and recover payments already made. It means NSW at least will maintain the program this year, though the future after that remains uncertain.

President of the NSW Teachers Federation Maurie Mulheron claims teachers are “steadfast and utterly opposed” to chaplains in schools, describing the program as a “back-door way to fund the church and it has no social or education benefit whatsoever.”

“The High Court decision now leaves NSW Education Minister Adrian Piccoli with the choice of wasting education funds to set up his own set of chaplaincy regulations or excluding them from NSW public schools,” Greens MP Dr John Kaye said.

“Chaplains in NSW public schools now operate without guidelines, a code of conduct or a complaints procedure, all of which disappeared with the High Court decision.”