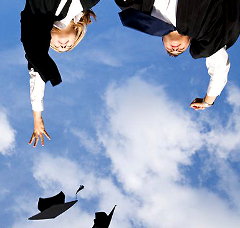 The education sector has been hit by the visa reforms announced this week.

Prime Minister Malcolm Turnbull has announced the 457 visa system will be scrapped and replaced with two new classes of visa.

Among the changes will be new a requirement for a minimum two years' work experience.

Universities are concerned with this part in particular, as it could prevent them hiring post-doctoral research fellows.

Professor Biercuk — who himself came to Australia on a 457 visa before becoming a permanent resident — says growing industries like his need international talent to help with research and staff development.

“They bring to us skill sets that make our research work but they also contribute to the education of all of our team members - our PhD students, our undergraduate students and they really are a fundamental element that make our projects happen,” he told ABC reporters.

“Nobody has come before in this space but there is a huge talent base in the United States and Germany in particular in which we draw.

“Previously it was acknowledged in the 457 visa scheme that people who've done PhDs (which include a bachelor's degree, masters degree and then potentially six years of research and teaching) they meet their work experience.

“Right now we don't have clarity whether these specialist degrees will count towards the work experience requirement and we really need that,” Professor Biercuk said.

The Group of 8 (Go8) prestigious Australian universities have written to the Prime Minister to raise their concerns about the consequences of the visa reforms.

“The Go8 sees that a potential perverse outcome of the replacement arrangements for 457 visas may be to put at risk many of the estimated 130,000 jobs supported by Australia's $21.8 billion international education industry,” the letter from Go8 chair and University of Queensland Vice Chancellor Peter Hoj read.

“The Australian Higher Education sector operates in a truly international marketplace ... we must compete against the best universities in the world for international students and academic talent.

“Establishing our reputation in the marketplace to achieve these outcomes is based largely on the quality and research performance of our academic workforce supported by outstanding professional staff.

“To do this requires international mobility of academic talent that allows the best minds from around the globe to come to Australia to conduct research and also foster Australian talent.”

Some parts of the education sector could see new money as a result of the visa changes, with the Federal Government expected to include a $300 million training fund in its upcoming budget.

The funding will reportedly be aimed at filling skills shortages potentially exacerbated by the changes.

The fund will be filled by money extracted from employers seeking to employ foreign workers under the new scheme.