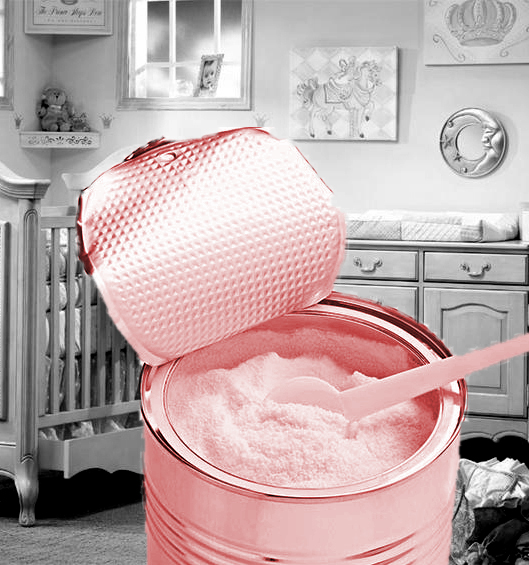 Experts have slammed media reports on the presence of nanoparticles in baby formulas.

“Regular hydroxyapatite is a naturally occurring, calcium-rich mineral that gives bones and teeth their rigidity, so its presence in formula is understandable,” the Fairfax article states.

“But it's the needle-shaped, nano-sized version that's alarming some health experts, as its extremely small size may give it unique properties and behaviours, some of which are unknown and could be harmful.”

Friends of the Earth Australia says it is clear that the “potentially harmful nanoparticles were not only in Australia's food supply, but in baby formula, and the regulator should immediately recall the affected products and conduct further tests”, reports say.

“The Friends of the Earth slide deck presents the rather unexciting and facile observation that a food containing high levels of calcium and phosphate and undergoing a variety of processes during production has a small quantity of calcium phosphate crystals [Ca apatite],” he said.

“Regardless of the provenance of the observed material, calcium apatite is a normal human component of teeth and bones and small quantities of nanoparticulate deposits of this material can be found in normal human tissue.

“Calcium apatite is also soluble in acidic conditions so the small quantity of the material present in infant formula would dissolve into essential nutrients and cease to be nano.

“Similarly, silicon dioxide has been used as an ingredient of food, cosmetics, pharmaceuticals and a wide range of other products for the better part of a century without evidence of adverse health effects and the very low levels claimed to be present in the formula are highly unlikely to present a human health risk.

“There is no evidence to indicate that nano dimensions of particulates are of themselves a risk to human health, and normal human breast milk is composed of a nano material (casein protein agglomerates).

“Nano particulate materials form naturally in the gut due to the action of the intestinal microbiome and the commercial production of some nanoparticulate metals utilises this process. Consequently, small quantities of nanoparticulates are a normal aspect of the human diet and present no basis for concern.

“One would hope that Friends of the Earth have sufficient moral compass to not seek to exploit the natural concern of mothers for the health of their children to further their corporate objectives by scare mongering analytical findings of no especial significance.”

Dr Ian Musgrave, a senior lecturer in pharmacology at the University of Adelaide, had a similar view.

“Nanoparticles have become the latest boogeyman, despite nanoparticles occurring naturally,” he said.

“The PowerPoint presentation ‘Detecting Engineered Nanomaterials in Australian Procured Infant Formula’ neither puts nanoparticles in their natural biological context, nor provides any significant support that particles detected in milk are engineered nanomaterials.

“The health effects of hydroxyapatite nanoparticles have been studied in animals with no toxicity at levels well above those present in milk. There are no significant public health implications for the finding small crystals of naturally occurring calcium phosphates in milk-based products.”