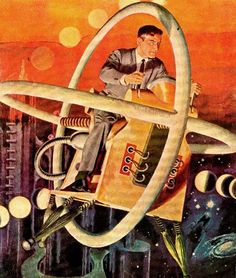 New research suggests Australians foresee a future where their society is more skilled, but less friendly and moral.

QUT researchers asked people from Australia, China and Japan about how they thought their respective societies would change.

The research has been published in the Journal of Cross-Cultural Psychology.

“The dominant view of Australians about our future is a mixed one,” QUT psychology researcher Dr Paul Bain said.

“We think that over time, we will become better and more competent at what we do, such as our jobs, but we will lose our sense of community.

“We're not alone in these beliefs - the same pattern is seen in Japan and China.

“Our data suggests these beliefs are tied to perceptions of development. As we progress economically, we believe we'll develop new skills and become more competent, but care less about acting decently and caring about each other.”

Dr Bain said other results suggested Australians believe their society is becoming more extreme in both positive and negative directions - driven by increased opportunities to be friendly but also more platforms to be mean.

“This idea is also related to economic and technological development and social media is a great example,” he said.

“Facebook helps us express the better parts of our human nature, for example connecting with friends and maintaining relationships, even distant ones. But at the same time it provides an excellent platform for some of the worst parts of human nature like trolling and abuse.”

Despite the predicted gloomy outlook for some aspects of society, Dr Bain said there were “still those who were generally optimistic that people in Australian society will get better over time”.

“Overall, Australians were much more optimistic than people in Japan, but not as optimistic as those in China,” he said.

“People's beliefs about where society has come from and where it is going can have social and political consequences.

“To build a more optimistic society means the new Prime Minister will need to challenge and address these basic beliefs about how society is changing. He'll need to match optimism about the economic future with optimism and policies that will address people's beliefs about declining communal life.”

Dr Bain said the Prime Minister could draw lessons from the surprising rise of Jeremy Corbyn in the UK, who went from the backbenches to leader of the Labour party.

“One of Corbyn's first speeches as UK Labour leader emphasised 'a kinder politics and a more caring society'. Our research shows why this message can resonate with a lot of people - they see community as something in decline,” Dr Bain said.

“The Prime Minister and the government should be aware that development, in the minds of Australians, is a double-edged sword. Policies that pursue economic development without addressing beliefs about declining community may come at the government's peril.”