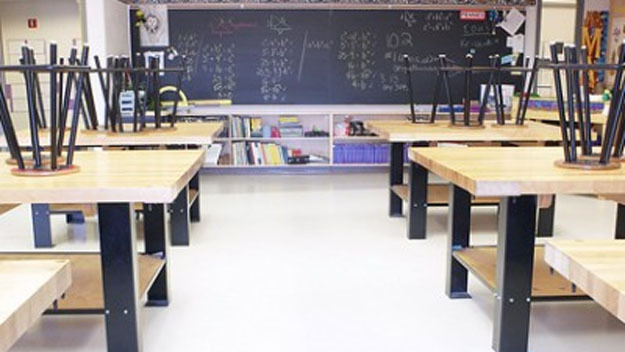 An audit has found Gonski results could be undermined by a deal to protect well-off schools.

A report by the Queensland Audit Office has found measures to protect well-off schools from funding cuts under the Gonski model are being counteracted by efforts to improve results in disadvantaged areas.

The Queensland government’s “greater results guarantee” program was set up to distribute federal Gonski funding in 2014.

After four years, the review has found the program could not guarantee it was delivering results.

Schools were found to be unable to demonstrate a clear link between improved student outcomes and the program.

In 2016, when the funding model was updated, top-ups were paid to schools that would otherwise have lost funding.

The auditors say these top up payments “undermined the purpose and equity of the allocation model and meant that two schools with similar student populations and community contexts may have received different allocations”.

“The Department of Education effectively targeted the additional federal … funding for schooling to reduce the potential for disadvantage consistent with the Australian government’s policy intent,” the report found.

“It did this by designing a needs-based funding allocation model that addressed factors of disadvantage identified in the Gonski review.

“However the Queensland government’s commitment that no school will receive less funding using the revised … model detracts from the purpose and needs-based intention of the model. Top-up payments to enable schools to be ‘no worse off’ can erode the intended equity principles of a needs-based approach.”

The audit office criticised the lack of consistency across the state, giving principals and school communities autonomy in how to spend the funding.

“Many audit stakeholders, including principals from schools we audited, peak representative bodies and [Department of Education] senior executives, expressed a view that there needs to be more accountability and scrutiny over how schools are spending [the] funding,” the report said.

Queensland Education Minister Grace Grace has issued a response saying the government would “continue to do what’s best to meet the needs of all Queensland students”.

“While negotiations with the commonwealth continue we have committed to funding [the program] for 2018 and 2019 to ensure no school is disadvantaged and to provide schools with the funding certainty they need to support positive student outcomes,” she said.

The report did find that while schools had generally directed funding towards attempts to improve school and student performance, there is not way for them to clearly demonstrate success.

“Most schools we audited reported improvement outcomes as the actions or programs implemented with [the] funding – in effect, they reported outputs rather than outcomes,” it said.

“There are many difficulties for schools in measuring long-term impact, in part due to the short time frame of the initiative, the unavailability of robust outcomes data, and the broad nature of the outcomes sought by the initiative.”