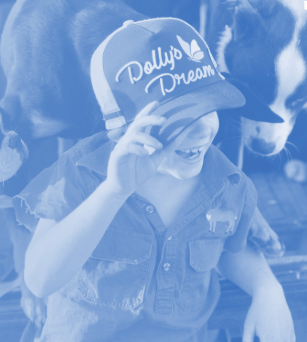 Friday is Australia’s first Do It For Dolly Day – a new anti-bullying awareness scheme.

Schools and workplaces across Australia “go blue” – honouring Amy ‘Dolly’ Everett, who took her own life in 2018 after being bullied.

Dolly’ parents set up the foundation Dolly's Dream, which works to raise awareness about cyberbullying.

Dolly’s mother Kate Everett says she wants children, parents and other adults to speak up.

“We wanted to keep the conversation not only on bullying but on kindness, giving kids the tools to flex their kindness muscles,” she told reporters.

Dolly was found dead at 14 years old in Katherine home in the Northern Territory in January last year.

Her short life had been marred with persistent bullying and abuse at her school. Before her death, she had finished a drawing captioned “speak even if your voice shakes”.

It has since become a rallying cry for those trying to prevent other tragedies.

Fundraising events are on across Australia.

In South Australia, the Norwood Football Club women's team will all wear blue scrunchies in support during their final. The entire Victorian town of Bairnsdale is turning blue, with everyone from the local garbage collectors and police officers to waiters and the town's students donning the colour in solidarity.

“As long as people get together tomorrow, show some respect and spread some kindness and take the opportunity to speak with children not only about their behaviour online but how they treat others throughout their day,” Ms Everett said.

The foundation is also working on new resources for parents within the next few months.