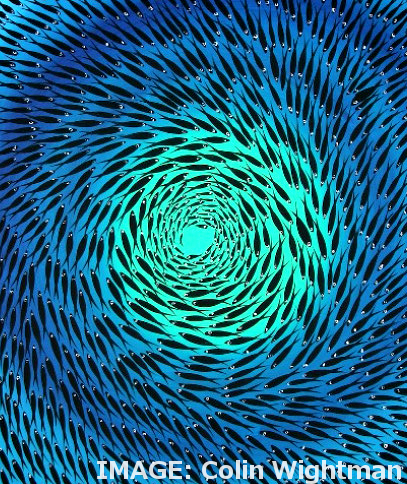 Research from Sunshine Coast University and the University of New England has found that Aboriginal oral traditions about sea level rise date back more than 7,000 years.

The paper is sure to spark debate as scholars of oral traditions have long been sceptical about the extent to which stories handed down by pre-literate Indigenous people might actually refer to real historical events.

Many researchers have expressed doubt about whether the stories could be sustained in recognisable form for more than 800 years.

Firstly it is important to understand the changes in sea levels,” A/Prof Reid said.

“20,000 years ago the sea level was 120 metres lower than it is today. Between about 18,000 and 7,000 years ago, the sea rose, inundating the continental shelf and reducing the land mass on which Aboriginal people were then living.

“The timing of this process is well understood and marine geographers can look at a particular geographical feature, such as Spencer’s Gulf in South Australia, and understand that it was once a dry valley that was breached between 12,500 and 11,000 years ago when the sea was 50m lower than today.”

The researchers took this independently established chronology, and used it to re-examine 21 stories that Australian Aboriginal groups tell of a time when the former coastline of mainland Australia was flooded by rising sea level.

“Importantly these stories come from every part of the Australian coastline, and they are similar in direction – all talk of sea level rise and the loss of land, none go the other way and tell of land acquired through sea level fall,” A/Prof Reid said.

“In most instances it is plausible to assume that these stories refer to events that occurred more than about 7,000 years ago, the approximate time at which sea level reached its present level around Australia. They therefore provide empirical corroboration of postglacial sea-level rise.”

In addition to challenging scepticism, the project also uncovered evidence that sea level rise was rapid enough to impact dramatically on people’s lives, demanding constant territorial and social adaptation. Nor was this simply a coastal phenomenon.

“These stories were not only retold by those directly affected, but across tribes, so stories about rising sea levels in the Great Australian Bight, for example, have become incorporated into rituals and dance performed in places over 1,000kms inland today.

“This project gives us a key to understand how Aboriginal cultures are distributed over time and space, and suggests cultural continuity may be evident over hitherto unimagined time depths.”

The paper, entitled ‘Aboriginal memories of inundation of the Australian coast dating from more than 7,000 years ago’, is available here.