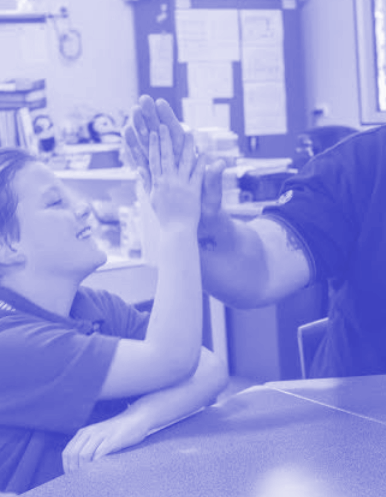 The ACT is opting out of the National School Chaplaincy Program in 2020, saying it wants to “take the religion out” of public schools.

Commonwealth funding for the program will be rejected and picked up in part by the territory government, but additional hours of chaplaincy funded by the Scripture Union will be lost.

For some chaplains, the changes will cut their hours in half.

From 2020, the chaplain positions will be rebranded as “school wellbeing officers”, who will have 10 hours of work per week.

“They have a period by the end of this week to decide whether that role will be suitable for them,” ACT School Chaplaincy chief executive Peter James said.

“Recognising that it's fewer hours than they've been working so far [because] it's an entirely government-employed role now, so the capacity for the community to invest in the role has been removed.”

A spokesperson for Education Minister Yvette Berry says that in some cases, hours funded by the Scripture Union will be picked up by schools.

“In a situation where an existing chaplain was funded separately for additional hours, the principal will manage this staffing change like any other and undertake their usual process of assessing the needs of their school community and allocating staffing resources accordingly,” the minister said.

“In addition, in 2016, ACT Labor committed to 20 additional school psychologists which are now funded as part of the 2019-20 Budget.”

In February, when the changes were first flagged, Ms Berry said the ACT Education Act mandates secularism in the territory's public education sector.

“All we're doing is taking the religion out of it,” she said at the time.

“Public schools are required under the Education Act 2004 (ACT) to operate in a secular, non-sectarian way, and religious chaplains are incompatible with this objective,” she said.

“The decision was made to uphold the requirements of the Act. The ACT Principals Association, the ACT Council of Parents & Citizens Association and the Australian Education Union support the decision.”