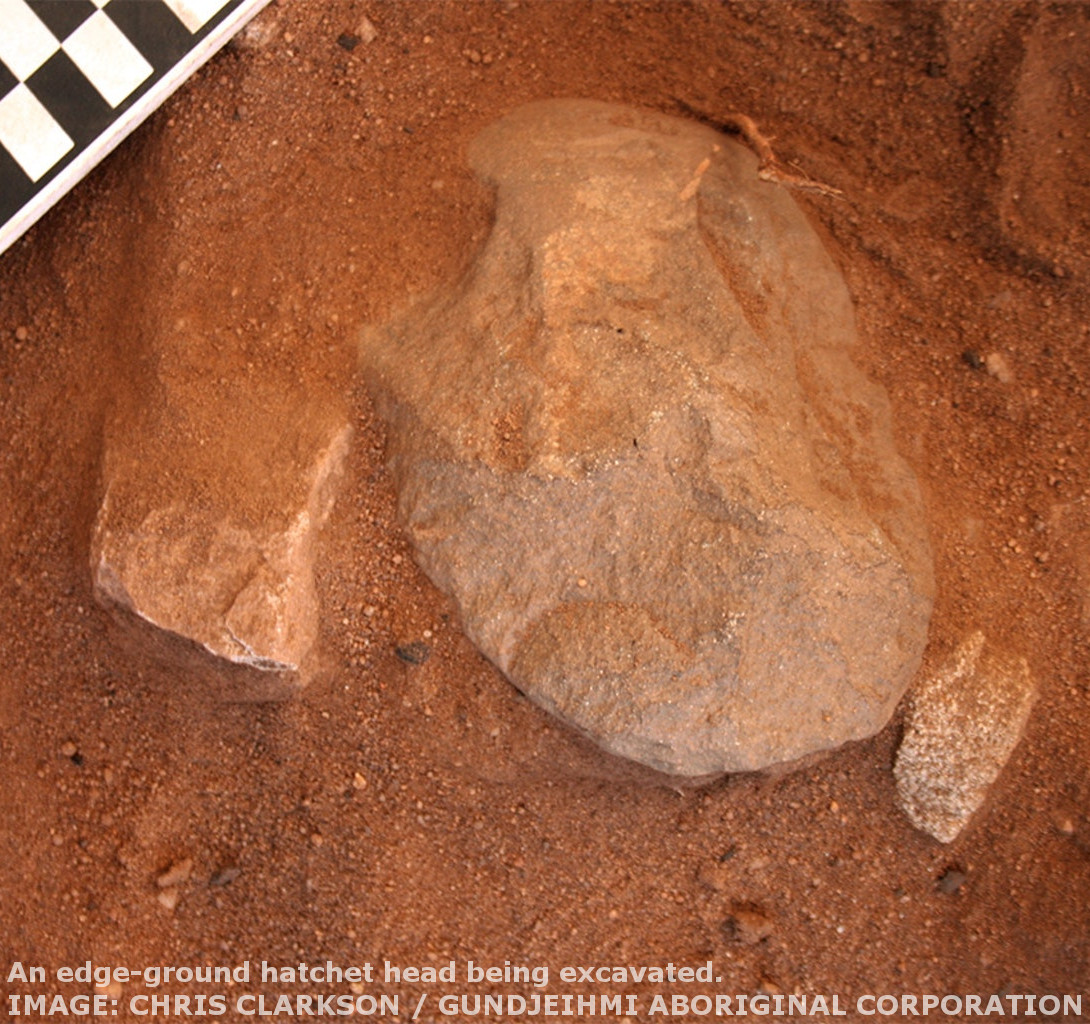 High-tech investigations show Aboriginal people have been in Australia for at least 65,000 years.

Researchers found new evidence at the Madjedbebe site on Mirarr land within the Jabiluka mineral lease, which is surrounded by the World Heritage-listed Kakadu National Park.

Madjedbebe rock shelter has been excavated four times since the 1970s, most recently by an international team led by Dr Clarkson in partnership with the Mirarr Traditional Owners.

Dr Clarkson said more than 10,000 artefacts were revealed in the lowest layer at the site.

“The site contains the oldest ground-edge stone axe technology in the world, the oldest known seed-grinding tools in Australia and evidence of finely made stone points which may have served as spear tips,” he said.

“Most striking of all, in a region known for its spectacular rock art, are the huge quantities of ground ochre and evidence of ochre processing found at the site, from the older layer continuing through to the present.”

The dig discovered a maxillary (upper jaw) fragment of a Tasmanian Tiger coated in red pigment, giving insight to the central role ochre played in local customs at the time.

Dating carried out by Professor Zenobia Jacobs at the University of Wollongong has revealed that Aboriginal people lived at Madjedbebe at the same time as extinct species of giant animals were roaming around Australia, and the tiny species of primitive human, Homo floresiensis, was living on the island of Flores in eastern Indonesia.

In addition to showing the deep antiquity of Aboriginal occupation, the dig revealed new evidence of activities and lifestyle.

Gundjeihmi Aboriginal Corporation Chief Executive Officer Justin O’Brien said a landmark agreement had made it possible for Dr Clarkson and colleagues to dig the site.

“This study shatters previous understandings of the sophistication of the Aboriginal toolkit and underscores the universal importance of the Jabiluka area,” Mr O’Brien said.